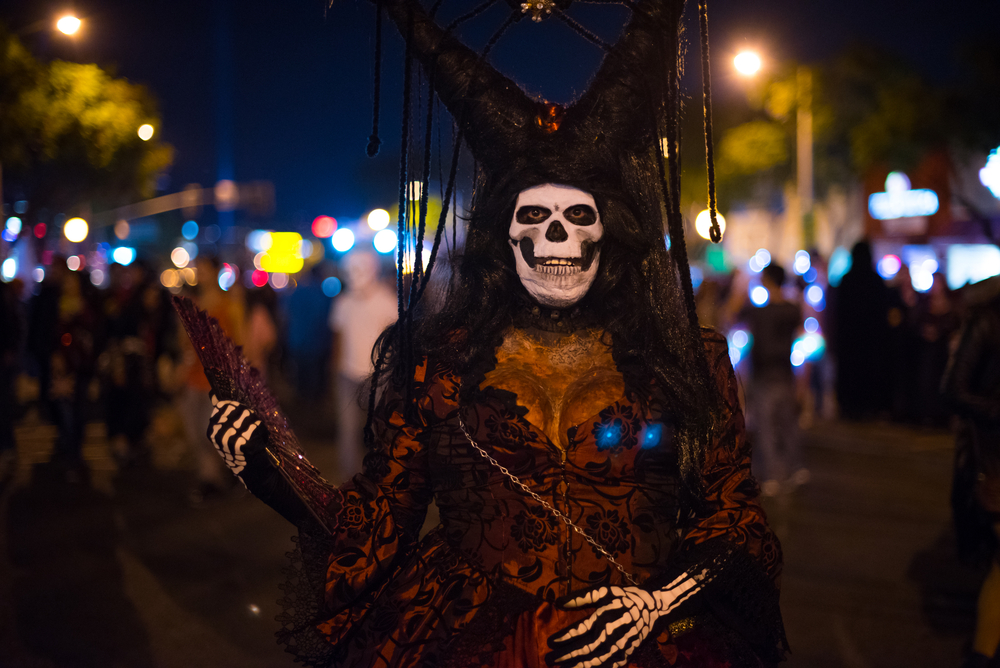 Celebrate Halloween in Manhattan with these 5 Activities

It’s that time of year – and in New York City, we take Halloween pretty seriously. Annual events range from a procession of macabre ghouls to a light-hearted jack-o-lantern flotilla in Central Park. See what’s going on around Manhattan during your stay at Royalton Park Avenue Hotel this Halloween.

This annual event is the largest of its kind, made up of 50,000 participants decked out in their Halloween best. Started in 1973 by puppeteer and mask maker Ralph Lee, creativity abounds at this nighttime parade! Celebrate Halloween night in Greenwich Village with roughly 2 million costumed parade spectators. See the official website for details. Parade begins at Sixth Avenue and Spring Street and continues to 16th Street in Greenwich Village.

Halloween Extravaganza & Procession of the Ghouls

Held the Friday before Halloween, this annual event is dreadfully stunning. The venue – of all places – is the Cathedral Church of St. John the Divine, a colossal, gothic cathedral that’s over a century old and the fifth-largest church in the world. Now that the setting has been established, imagine this: a silent horror film accompanied by live organ music, followed by a ghoul procession put on by a professional theater company. Two evening performances are planned for this delightfully creepy event. Purchase tickets direct here. 1047 Amsterdam Ave., Manhattan

How often does life present you with the opportunity to enjoy a flotilla of jack-o-lanterns? In New York, anything is possible. The tradition of sending off carved pumpkins in the Harlem Meer in Central Park has been going on for over 20 years. Other hands-on activities for the fall holiday make for an all-inclusive, wholesome celebration. This year’s launch is Oct. 28. See event details. The Harlem Meer is located at Central Park North and Fifth Avenue, Manhattan

The Merchant’s House Museum has gained a reputation for its morbid events around Halloween, and this year in no exception. The perfectly preserved, 19th-century house in the Bowery is the best setting for all things creepy. Performances last from  October through early November and almost always sell out, so buy tickets in advance! Funeral reenactments, ghost tours, songs from the crypt and post-mortem photo exhibits are planned for this season. See the October schedule. 29 E. Fourth St., Manhattan

Looking for a haunted house? Blood Manor considers itself a premier haunted house and makes a big production out of scaring its visitors. Elaborate costumes, lighting, and gruesome themes pervade the month-long event. Buy tickets in advance directly through Blood Manor. 359 Broadway, Manhattan