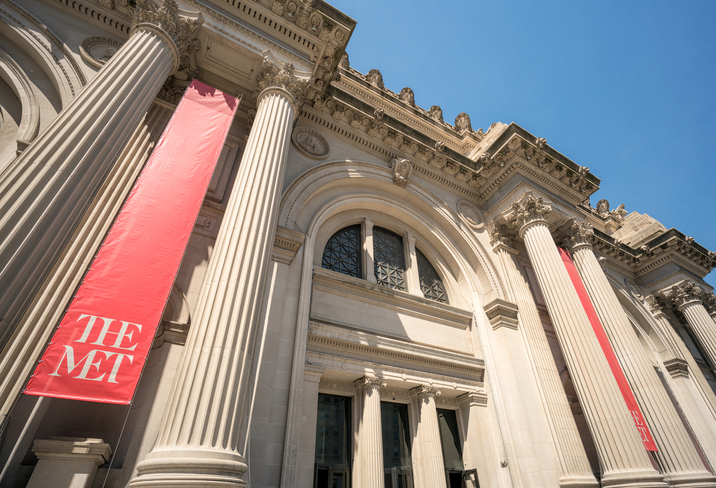 A trip to New York City isn’t complete without a visit to one of the city’s renowned art museums. Catch five of our favorite exhibits before the end of summer!

Take a peek at Diana Al-Hadid’s abstract installation, Delirious Matter, as you mosey through greenery in Madison Square Park. The Brooklyn native will feature two wall works, three reclining female figures displayed on the surrounding lawns, and a sculptural female bust atop a faux mountain. This outdoor exhibit runs through Monday, September 3rd.

A comprehensive installation dedicated to late Rammellezee — an MC, graffiti artist, and pioneer of Afro Futurism — will be on display at Red Bull Arts New York running through Sunday, August 26th. Outlining the chronology of his career, Racing for Thunder is comprised of artworks, music, writings, rare archival documentation, and ephemera gathered from around the world.

Through a Different Lens: Stanley Kubrick Photographs
Museum of the City of New York; 1220 Fifth Avenue

Before becoming a famous film director, screenwriter, and producer, Stanley Kubrick spent five years as a photographer for Look magazine. Held at the Museum of the City of New York through the end of October, Through a Different Lens: Stanley Kubrick Photographs explores the formative phase of the artist’s career through over 120 black-and-white photographs from 1945 to 1950.

On display through October 8th at The Metropolitan Museum of Art in the Anna Wintour Costume Center, Heavenly Bodies: Fashion and the Catholic Imagination examines the influence of Catholicism over fashion design through a lavish display of historic garments, including papal robes and accessories from the Sistine Chapel.

Albert Savinio lived in the shadow of his famous older brother, Giorgio de Chirico, for most of his life and career. It’s often glossed over that the artist’s collection of surreal paintings set the foundation for his brother’s fame. In his first collection to hit the United States, The Center for Italian Modern Art will showcases a haunting series of Savinio’s phantasmagorical vision of mythology and landscape, running through Saturday, June 23rd.