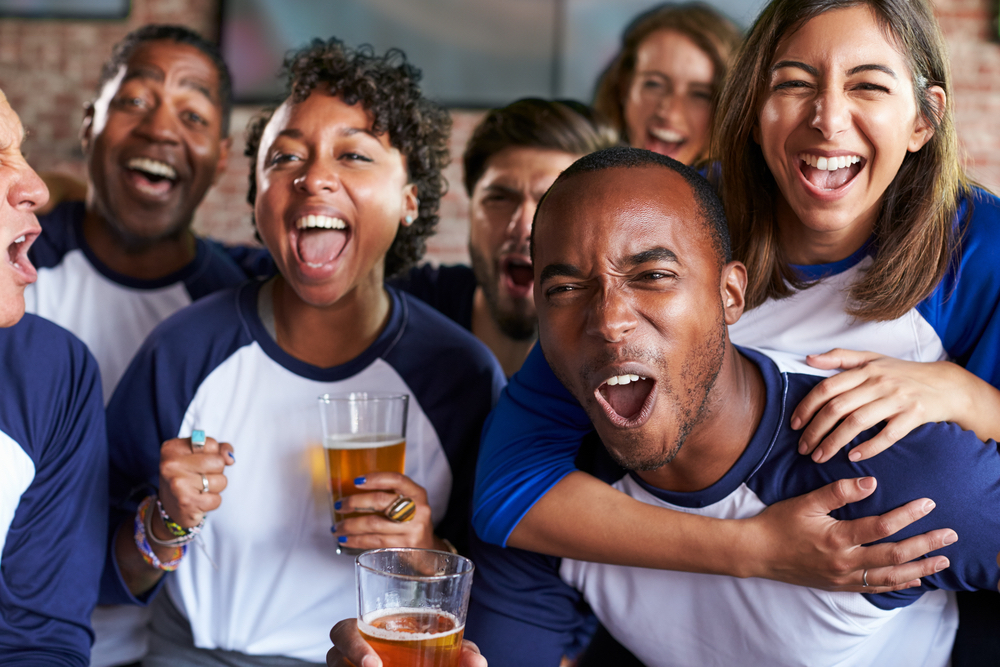 Catch a Yankees Game at these 5 Manhattan Taprooms

In New York, we like to think that the MLB season runs April to October.

Some say that the best seat to watch a baseball game is the one in front of a television -- and at Royalton Park Avenue, we get that -- visibility is always proximate and high-def.  If you’re in town and in the mood to catch the Yankees or Mets play, there’s plenty of options to watch your team at nearby taprooms, taverns, and gastropubs. Take a look at these local sports bars to enjoy a game from the comfort of a Manhattan bar.

This tap house puts a creative spin on typical bar fare. Ample TVs, late hours, and comfortable seating make for a great spot to watch a game. Its clean interior of exposed brick and dark wood takes you out of the stuffy dive bar headspace. Enjoy craft beer, cocktails, fun pub fare and the game at this midtown spot.

Located just around the corner from Royalton Park Avenue Hotel, Legends is somewhat of a legendary tavern for sports fans. Most busy for after-work gatherings, the bar also features a soccer bar called the “Football Factory.” Either way, spots is the focus, so there’s a good chance that the game you’re looking for will be on at legends. Menu fare varies from shepherd’s pie to beef empanadas. Lots of beers on tap, warm, inviting location.

Pronounced “Howston” like the street it’s on, this West Village gastropub draws a nice mix of a crowd. Located in an old warehouse with high ceilings, an indoor beer garden and two projection screens airing games sets this beer hall apart from the rest. Happy hour runs all day Monday and 4-7 Tuesdays through Fridays. Order a giant soft pretzel to compliment a beer and catch a game.

Blue Haven serves some of the best wings we’ve tried in Manhattan, and its 16 televisions make every seat in the house a good one to watch the game. The tap room has nearly 20 beers on tap, gastropub fare and large windows that look out into the street.

This tavern is located in a 19th-century carriage house, serving typical pub fare and features over 20 televisions for your sports-watching enjoyment. Booths are very comfortable and the ale house rotates 16 craft beers on tap.